[BLOGTOUR] Looking At The Stars with GUEST POST from Jo Cotterill

I'm really excited to share this with you guys!  I have a guest post from Jo Cotterill for her new book Looking At The Stars.

Amina's homeland has been ravaged by war for many months, but so far she and her family are safe, together. When a so-called liberating force arrives in the country, the family think their prayers for peace will soon be answered, but they are horribly wrong . . . The country is thrown into yet further turmoil and Amina's family is devastated . . .

Through it all, Amina has her imagination to fall back on - of a better place and time. But can her stories get her through this?


Why has Looking at the Stars taken a ridiculously long time to hit the shelves?


Q: How many authors does it take to change a light bulb?
A: Only one but you also need an editor, proof reader, cover artist, and an agent to be there at the same time.

The above may seem a bit silly but is absolutely true when it comes to publishing a book! People are often surprised how long it takes for a book to move from initial idea to eventual publication, but Looking at the Stars, my latest novel, took even longer than usual. I started writing it in 2007, in a notebook. I quite often start books this way; I think writing longhand helps to get my creative side engaged, and then once I’ve figured out how the story will go, I switch to the computer.

My agent loved the idea of the book and the first few chapters, but I wrote the second half of it in a hurry because I was due to give birth. Not unexpectedly, the second half wasn’t as good. My agent’s exact words were: ‘the tension builds very well in the first half. I did think, however, that it perhaps lost a little bit of that tension over the second half’. She also had a lot of other suggestions. It was clear that a big rewrite was needed.

But by now I had a baby and had lost any ability to think beyond nappies, so I

asked her to send it to a publisher I had previously worked with. Sadly, the book was turned down. In the meantime, I wrote two books in a new series for young readers about unicorns, which were also rejected. I felt as though I couldn’t seem to get anything right! Looking at the Stars was shelved for the moment.

THEN I had the idea for a romance series for pre-teens. That eventually became SWEET HEARTS, my six-book series for Random House – which was hugely enjoyable to write. By the time I got to Book 4 though, my agent was nagging me about Looking at the Stars. So I took a few weeks out between books to re-work it. I think all that time away from it (three years!) had made me see it a lot more clearly. It was accepted by Random House, which was fantastic!BUT then I got pregnant again, and the editing (another big re-write), which should have taken me a couple of months, took nearly a whole year! I felt very bad about it, because it meant that the publication date was delayed by six months – and then it was delayed again due to a clash with another book at the publisher’s end. Plus we had real trouble deciding on the front cover (the final version of which I ADORE and think is TOTALLY right for the book!). And then there were copy edits and proofs to read…
Still with me? Soo…I started writing the book at the end of 2007, and it’s finally published in January 2014. BUT I fully believe that it’s a MUCH better book that it was to begin with, and that’s down to the tremendous amount of work put in by my agent (the wonderful Penny Holroyde) and my brilliant editor (thanks Ruth Knowles!) along with many other people at Random House.
If you’ve made it this far, then WELL DONE and THANK YOU! Looking at the Stars is a book I’m immensely proud of, and I think that it might actually be the best thing I’ve written. And if you go to my website jocotterill.com you can read the first chapter and decide for yourself!Thanks to Erin for having me! 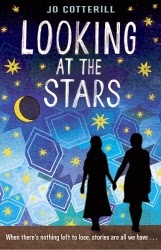 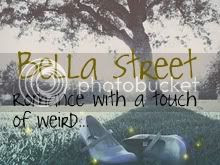