Waiting On Wednesday: Soaring With Fallon 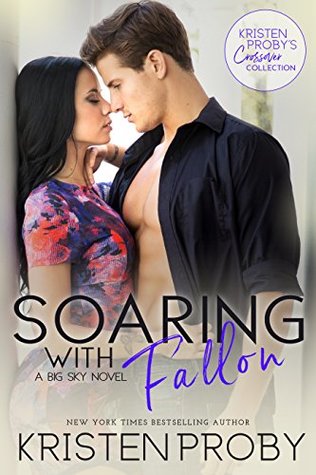 Fallon McCarthy has climbed the corporate ladder. She’s had the office with the view, the staff, and the plaque on her door. The unexpected loss of her grandmother taught her that there’s more to life than meetings and conference calls, so she quit, and is happy to be a nomad, checking off items on her bucket list as she takes jobs teaching yoga in each place she lands in. She’s happy being free, and has no interest in being tied down.

When Noah King gets the call that an eagle has been injured, he’s not expecting to find a beautiful stranger standing vigil when he arrives. Rehabilitating birds of prey is Noah’s passion, it’s what he lives for, and he doesn’t have time for a nosy woman who’s suddenly taken an interest in Spread Your Wings sanctuary.

But Fallon’s gentle nature, and the way she makes him laugh, and feel again draws him in. When it comes time for Fallon to move on, will Noah’s love be enough for her to stay, or will he have to find the strength to let her fly?