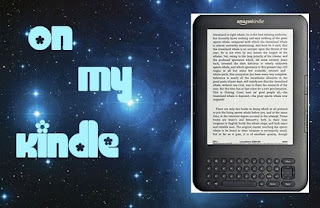 Instead of cluttering up my Book Haul/IMM's with books for my Kindle, I've decided to do a separate post,  hosted by Totally Bookalicious. Posted by wrathsqueen at 18:15 No comments: 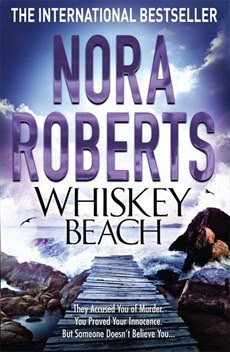 
For more than three hundred years, Bluff House has sat above Whiskey Beach, guarding its shore—and its secrets. But to Eli Landon, it’s home…A Boston lawyer, Eli has weathered an intense year of public scrutiny and police investigations after being accused of—but never arrested for—the murder of his soon-to-be-ex wife.He finds sanctuary at Bluff House, even though his beloved grandmother is in Boston recuperating from a nasty fall. Abra Walsh is always there, though. Whiskey Beach’s resident housekeeper, yoga instructor, jewelry maker, and massage therapist, Abra is a woman of many talents—including helping Eli take control of his life and clear his name. But as they become entangled in each other, they find themselves caught in a net that stretches back for centuries—one that has ensnared a man intent on reaping the rewards of destroying Eli Landon once and for all…

Cover: Love this simple yet relevant cover, and it's a gorgeous hardback.

Yes!  Nora Roberts is back!
I've never hated a Nora Roberts book, but there have been books I've loved, and books I've just liked.  This...this I loved.
This romantic thriller had me hooked from the get go.
Eli was an interesting and complex character.  Accused of a murder he didn't commit, hounded by a cop that is blind to his innocence, and a fledgling writer.
Abra was equally interesting.  I loved her as Eli's romantic interest.  She's a character that has also faced tragedy, but has come back loving life and does everything she loves- she's a yoga instructor, masseuse, waitress, housekeeper, etc.
She refuses to let Eli wallow, and gives him a new lease of life.  She's extremely likable.
Their romance was cute, sweet and slow building.  Loved everything about theur relationship.
Eli moves back to his family house in Whiskey Beach to try and escape the hell his life had become and claw his life back, but the mystery doesn't stop.  Someone clearly doesn't think he's innocent.  I loved that we got the mystery of who killed Eli's wife, along with an old family legend of pirate treasure, and Nora Roberts managed to magically weave them together.
I did manage to guess the killer, but it didn't diminish the book in anyway.
The characters really make this book great.  Not only Eli and Abra, but Eli's grandmother- hilarious and feisty, and even Barbie- the retriever, has character!
I thoroughly enjoyed this read and highly recommend it not only to Nora Roberts fans, but also to anyone that enjoys a good suspenseful, romantic thriller.
4.5/5 stars!

Posted by wrathsqueen at 14:02 No comments: 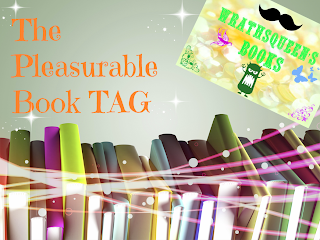 Posted by wrathsqueen at 00:25 No comments:

1. Do you read books about sports?2. How about AT sporting events? (Kid’s soccer practice?)

I'm NOT a sporty person.  Like..at all.  So books about sports don't exactly appeal.  Occasionally while reading YA books there's an occasional sporty character or something, but books specifically about sports I don't really pick up.
And I don't attend any kid's practices or anything like that.
So no all round for me :)
Posted by wrathsqueen at 14:52 3 comments:

The 5th Wave by Rick Yancey - Trailer and Sampler

T H E 5 W A V E TH
XIII
INTRUSION: 1995
THERE WILL BE NO AWAKENING.
The sleeping woman will feel nothing the next morning, only
a vague sense of unease and the unshakable feeling that someone
is watching her. Her anxiety will fade in less than a day and will
soon be forgotten.
The memory of the dream will linger a little longer.
In her dream, a large owl perches outside the window, staring
at her through the glass with huge, white-rimmed eyes.
She will not awaken. Neither will her husband beside her. The
shadow falling over them will not disturb their sleep. And what
the shadow has come for—the baby within the sleeping woman—

will feel nothing. The intrusion breaks no skin, violates not a single
cell of her or the baby’s body.
It is over in less than a minute. The shadow withdraws.
Now it is only the man, the woman, the baby inside her, and
the intruder inside the baby, sleeping.
The woman and man will awaken in the morning, the baby a
few months later when he is born.
The intruder inside him will sleep on and not wake for several
years, when the unease of the child’s mother and the memory of
that dream have long since faded.
Five years later, at a visit to the zoo with her child, the woman
will see an owl identical to the one in the dream. Seeing the owl is
unsettling for reasons she cannot understand.
She is not the fi rst to dream of owls in the dark.
She will not be the last.
1
1
ALIENS ARE STUPID.
I’m not talking about real aliens. The Others aren’t stupid. The
Others are so far ahead of us, it’s like comparing the dumbest
human to the smartest dog. No contest.

Posted by wrathsqueen at 21:54 No comments: