Waiting On Wednesday: All It Takes

Waiting on Wednesday is all about sharing the books that I'm eagerly waiting to be released.
This week the book that I'm waiting to be released is All It Takes by Kristen Proby, the second book in her Romacing Manhattan series.  While I felt the first book in this series wasn't up to Proby's usual scratch, I am hoping the rest of the series picks up so will definitely be checking this one out.
Released 30th July. 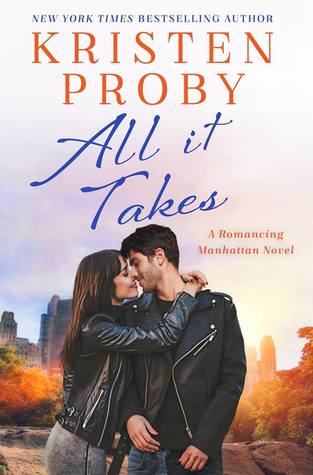 New York Times and USA Today bestselling author Kristen Proby’s second novel in her Romancing Manhattan series delivers the sizzling story of a playboy who’s vowed never to commit until he meets the one woman he’s tempted to break his promise for.Quinn Cavanaugh doesn’t do anything halfway. He drives fast, works hard, and plays even harder. And the word “commitment” doesn’t exist in his dictionary. He has no plans of settling down with one woman for he needs to be free to move on to the next big thing—whatever or whoever that may be. Each party knows the score going into it, and it’s all been working out fine. That is, until a sexy new colleague enters the scene.Sienna Hendricks doesn’t give much thought to Quinn and the revolving door leading to his bedroom. She’s way too picky about who she shares her time or her body with and screwing around with a colleague isn’t part of her plan either. Quinn doesn’t intimidate her. And unlike most other members of her sex, she doesn’t melt into a puddle at his feet whenever he’s near. Most importantly, she has no issues telling him no.But for a man who has the world at his feet, Quinn isn’t accustomed to being rejected. And he’s not about to let that change—no matter how persistent Sienna is. To his surprise, Sienna is everything he thought he’d never find. Pursuing her, and convincing her he's changed, is going to be the biggest challenge of his life. One he’s completely up for….
Posted by wrathsqueen at 13:04 No comments:

Waiting On Wednesday: The Book Charmer

Waiting on Wednesday is all about sharing the books that I'm eagerly waiting to be released.
This week the book that I'm waiting to be released is The Book Charmer by Karen Hawkins- I absolutely love her historical romance books and this book just sounds adorable, it's a book about books!
Released 30th July. 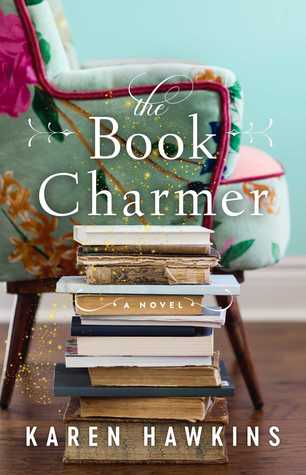 The New York Times bestselling author of the wildly popular MacLean Curse series crafts a charming and evocative story about a picturesque Southern town, two fiercely independent women, and a magical friendship that will change their lives forever.

The residents of Dove Pond, North Carolina, know three things: they have the finest bar-b-que this side of Atlanta, their Apple Festival is the best that ever was, and the town has phenomenal good luck whenever the Dove family has seven daughters. Fortunately, that time is now, because Dove Pond desperately needs a miracle.

The seventh daughter, Sarah Dove, believes in all things magical. Books have whispered their secrets to her since she was a child. Now the town librarian, she makes sure every book finds the reader who most needs it. But recently the books have been whispering something different—that change is about to come to Dove Pond. Sarah is soon convinced that the legendary Dove Pond good luck has arrived in the form of new resident, Grace Wheeler.

After the tragic death of her sister, Grace has moved to Dove Pond with her grieving young niece and ailing foster mother hoping to retrench financially and emotionally before returning to her fast-paced city life. But she soon learns that life in a not-so-sleepy town isn’t as quiet as she’d hoped. Despite her best efforts to focus on her family, she can’t avoid the townspeople, especially her next-door neighbors, the quirky and talkative Sarah Dove and cynical veteran Chris Parker. Grace’s situation grows more complicated when she assumes her duties as town clerk and discovers that Dove Pond is on the verge of financial ruin.

Already overburdened by her own cares, Grace tries to stay aloof from the town’s issues, but she’s never been good at resisting a challenge. With Sarah’s encouragement, and inspired by the wise words of a special book, Grace decides to save her new town. And in her quest, she discovers the rich comfort of being a part of a loving community, the tantalizing promise of new love, the deep strength that comes from having a true friend, and the heartfelt power of finding just the right book.

With Karen Hawkins’s “fast, fun, and sexy” (Christina Dodd) prose, The Book Charmer is a feel-good story with plenty of heart that will appeal to fans of Sarah Addison Allen, Alice Hoffman, Heather Graham, and Jude Deveraux.

Posted by wrathsqueen at 12:00 No comments:

Waiting On Wednesday: Brazen and the Beast

This week the book that I'm waiting to be released is Brazen and the Beast by Sarah McLean, the second book in her Bareknuckle Bastards series.  I'm a big fan of Sarah's historical romance so am really looking forward to the second instalment of this series.  And I just love the title!
Released 30th July. 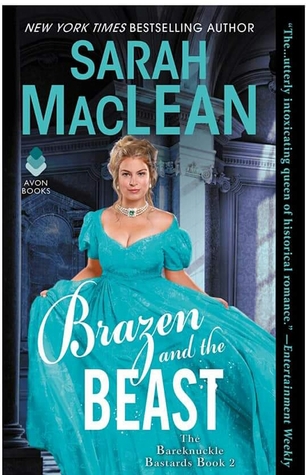 The Lady’s PlanWhen Lady Henrietta Sedley declares her twenty-ninth year her own, she has plans. Plans to inherit her father’s business, to make her own fortune and to live her own life. But first, she has plans to experience a taste of the pleasure she’ll forgo as a confirmed spinster. She does not, however, plan to find the most beautiful man she’s ever seen tied up in her carriage and threatening to ruin The Year of Hattie before it's even begun.The Bastard’s ProposalWhen he wakes in a carriage at Hattie's feet, Whit, a king of Covent Garden known to all the world as Beast, can’t help but wonder about the strange woman who frees him--especially when he discovers her plans for a night of pleasure…on his turf. He is more than happy to offer Hattie all she desires...for a price.An Unexpected PassionSoon, Hattie and Whit find themselves rivals in business and pleasure: she won't give up her plans; he won't give up his power...but neither of them see that if they're not careful, they'll have no choice but to give up everything...including their hearts.

Posted by wrathsqueen at 09:29 No comments:

Waiting On Wednesday "One Fine Duke"

Waiting on Wednesday is all about sharing the books that I'm eagerly waiting to be released.
This week the book that I'm waiting to be released is One Fine Duke by Lenora Bell, the third book in her School For Dukes series.  I really enjoyed the previous books in this series, so am looking forward to picking up the next one!
Released 23rd July. 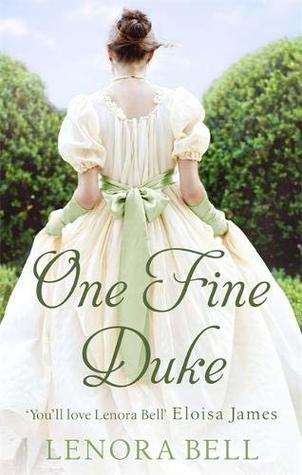 Raised in the countryside by her overprotective uncle, Miss Mina Penny's dream of a triumphant London season is finally here. She determined her perfect match long ago: Rafe Bentley, the wickedest rake of them all. There's only one very large, very unyielding obstacle: Rafe's brother Andrew, the reclusive Duke of Thorndon.

This was supposed to be simple. Duke goes to London. Duke selects suitable bride. Love match? Not a chance. But when Drew meets Mina, she complicates everything. How can a lady armed with such beauty and brains fall for his irresponsible degenerate of a brother? Drew vows to save her from heartbreak and ruin, no matter the cost.

But Mina is no damsel in distress. She's daring, intuitive, passionate...and halfway to melting Drew's cold heart. And although Mina thought she knew exactly what she wanted, one breathtakingly seductive kiss from Drew changes everything. Now Mina must decide between long-held dreams and dangerous new desires. Could her true destiny lie in the arms of a duke?

Posted by wrathsqueen at 14:55 No comments:

Posted by wrathsqueen at 10:05 No comments:

Posted by wrathsqueen at 10:05 No comments:

Posted by wrathsqueen at 10:04 No comments:

Posted by wrathsqueen at 10:01 No comments:

Posted by wrathsqueen at 10:00 No comments:

Posted by wrathsqueen at 09:59 No comments: