Posted by wrathsqueen at 19:37 No comments:

Waiting on Wednesday is all about sharing the books that I'm eagerly waiting to be released.
This week the book that I can't wait to be released is Catwoman: Soulstealer by Sarah J. Maas.  I love Sarah J. Maas, she is one of my all time favourite authors so I'm really looking forward to seeing something different from her.
Released 7th August.

When the Bat's away, the Cat will play. It's time to see how many lives this cat really has. . . .

Two years after escaping Gotham City's slums, Selina Kyle returns as the mysterious and wealthy Holly Vanderhees. She quickly discovers that with Batman off on a vital mission, Batwing is left to hold back the tide of notorious criminals. Gotham City is ripe for the taking.

Meanwhile, Luke Fox wants to prove he has what it takes to help people in his role as Batwing. He targets a new thief on the prowl who seems cleverer than most. She has teamed up with Poison Ivy and Harley Quinn, and together they are wreaking havoc. This Catwoman may be Batwing's undoing.

Posted by wrathsqueen at 12:00 No comments:

A Wish For Us by Tillie Cole

From the author who brought you A Thousand Boy Kisses comes the new emotional novel, A Wish For Us.
A story of music. A story of healing. A story of love conquering all.

Nineteen-year-old Cromwell Dean is the rising star of electronic dance music. Thousands of people adore him. But no one knows him. No one sees the color of his heart.

Until the girl in the purple dress. She sees through the walls he has built to the empty darkness within.

When Cromwell leaves behind the gray skies of England to study music in the South Carolina heat, the last thing he expects is to see her again. And he certainly doesn’t expect that she’ll stay in his head like a song on repeat.

Bonnie Farraday lives for music. She lets every note into her heart, and she doesn’t understand how someone as talented as Cromwell can avoid doing the same. He’s hiding from his past, and she knows it. She tries to stay away from him, but something keeps calling her back.

Bonnie is the burst of color in Cromwell’s darkness. He’s the beat that makes her heart skip.

But when a shadow falls over Bonnie, it’s up to Cromwell to be her light, in the only way he knows how. He must help her find the lost song in her fragile heart. He must keep her strong with a symphony only he can compose. 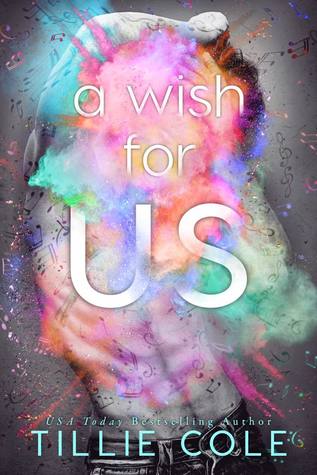 Cover:  I’m a big fan of this cover, I think it compliments the story well and is just beautiful to look at.
I’ve made no secret of the fact that I’m a huge Tillie Cole fan.  I absolutely adore her Hades Hangmen series, Sweet series and her stand alone novels.  I recently read Sick Fux and was actually disappointed, which made me quite sad as I’ve loved all the other books of hers I’ve read.  So I was both nervous and excited to read A Wish For Us.
I was hooked from the very beginning.  I did not want to put this book down.  It gripped me.
Such a beautiful story.  I’m a sucker for a beautifully done romance, and this did not disappoint.  It reminded me of one of my favourite books of Tillie Cole’s, Sweet Soul.
Cromwell is a brooding male protagonist.  He’s a EDM DJ God, and Bonnie is a spirited girl with a love of music.
The two of them clash, but they have more in common than they know.
A beautiful story that had me rooting for Cromwell and Bonnie, it brought tears to my eyes.  Probably my favourite book of the year so far!
5/5 stars.
Posted by wrathsqueen at 11:43 No comments:

Posted by wrathsqueen at 17:18 No comments: 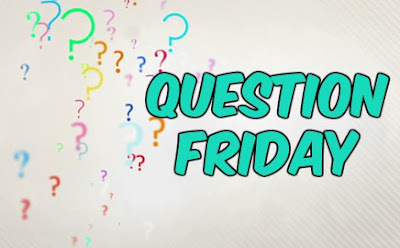 This week's question is;
Q) When you're reading, are you doing other things at the same time? For example- listening to music? Watching TV? etc.

A) Not for me.  When I'm reading I like it to be the only thing I'm doing.  I find I can't concentrate if there's a lot of background noise around me.

Posted by wrathsqueen at 14:33 No comments:

Posted by wrathsqueen at 18:17 No comments:

Posted by wrathsqueen at 18:56 No comments:

This week's question is;
Q) Does the price of a book effect your decision whether to buy it or not?

A) I do like to shop around for books prices- everyone has a budget.  I normally check between Amazon and the Book Depository and some the supermarket charts.  And of course sometimes (the majority of the time) the kindle version is most often cheaper by quite a bit.  So while the price of a book doesn't necessarily stop me from buying it, I just shop around.

Posted by wrathsqueen at 14:23 No comments:

This week's question is;

Q) What proportion of the books you own are unread?

A) A lot.  Like a lot a lot.  Just after Christmas I actually went through my shelves, as I'd filled them plus had loads of books in piles on the floor.  And it was getting ridiculous.  So many of the books on the shelves (or indeed on the floor) I'd never read because they're books that have arrived for review that just aren't my genre's (crimes novels, mysterys, etc), or books that I'd read and not enjoyed.  So what was the point in keeping them?  So I donated them to charity.  But even with this huge clear out, I still own a lot of unread books- possibly 200ish?

Posted by wrathsqueen at 13:47 No comments:

Waiting On Wednesday 'Every Time We Fall In Love'

This week the book that I'm really looking forward to being released is Every Time We Fall In Love by Bella Andre, book 18 in The Sullivans series.  I absolutely love Bella Andre's books, and The Sullivans is such a fabulous family series, where it branches off into the Seattle, San Francisco and New York families, so I can't wait to delve into this next instalment.  Released 18th July. 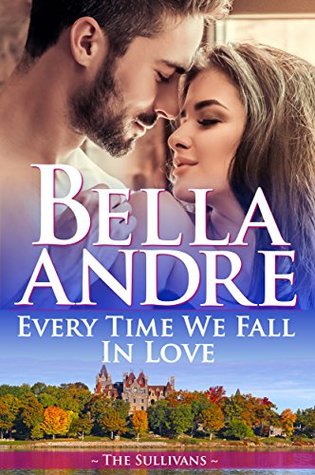 Harry Sullivan has always put his family first, even when it meant losing Molly—his one true love. He’s never been able to forget her, even after fifteen years. Now that his siblings are all blissfully happy, Harry hopes it’s not too late for his own happily-ever-after. But then his doorbell rings…and one look at the teenage girl standing on his doorstep changes absolutely everything.

Molly never thought she’d see Harry Sullivan again, so she's beyond stunned when her fifteen-year-old daughter brings him back into her life. At eighteen, Harry was already strong, sexy, and honorable. And now that he's even more handsome, more brilliant, more loyal and caring? Molly can't stop herself from falling in love with him all over again. Especially when his kisses and the sizzling attraction between them are hotter than ever.

But with more at stake now than they ever thought possible, will they be able to move beyond the mistakes they both made in the past, and fall in love forever this time?

EVERY TIME WE FALL IN LOVE is part of Bella Andre's New York Times and USA Today #1 bestselling series about The Sullivans. While it can easily be read as a stand-alone story, you'll likely enjoy reading the other books, too.

Posted by wrathsqueen at 10:39 No comments:

This week's question is;

Q)What do your friends think of your reading habits? Are they non-readers?

A) My close friends are used to me by now to be honest.  They know I've always got a book on the go, that they'll find one in my bag.  That if I'm really enjoying a book they'll hear all about it, even if they don't want to.  They doubt think it's quirky but they're used to it.

Posted by wrathsqueen at 13:37 No comments:

This week the book I'm waiting to be released is Kissing Jenna by Kristen Proby, the second book in her Big Sky series.
Release date 10th July 2018.
I really enjoyed the first book in this series, and am a big fan of Kristen Proby's books in general, her Boudreaux series being my favourite. 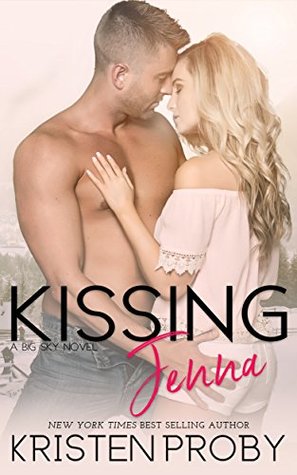 Jenna Hull owns and manages vacation rentals in her hometown of Cunningham Falls, Montana. She’s just completed the construction of her most exhausting project, the one she’s put her heart and soul into. The inviting, opulent Snow Wolf Cottages are the first ski in/ski out tree houses in the world.
Her biggest dream is about to come true, and she can’t let anything distract her.

Christian Wolfe is Hollywood’s it actor. If the magazines are to be believed, he’s the sexiest man on earth. He’s preparing for the biggest movie role of his life, and his agent has booked him in a hot new ski lodge in Montana, tucked away from crazy fans. He can’t wait for the break.

But what Christian isn’t prepared for is Jenna. With a face that could easily co-star with him in a movie and her ambition to put her stamp on Cunningham Falls, he can’t stay away. But even more intriguing than her beauty is the fact that she’s not at all impressed with his celebrity status, only turned on by the man behind the fame.

The love they’ve found is perfect—but time is running out before real life intrudes. Can they survive with both their dreams—and hearts—intact?

Posted by wrathsqueen at 14:09 No comments: